The design proposal for transformations in São Paulos’s Zoning Law was awarded by the Brazilian Institute of Architects – Sao Paulo and the Municipality of São Paulo – Urban Development Secretary in the national competition “Ensaios Urbanos: Designs for São Paulo Zoning”. The study was carried out and co-authored by Léa Gejer, Taícia Marques, Paula Dedecca, Gabriela Ortega, Laura Figueiredo and Bia Crocco.

Our proposal addresses urban corridors as catalysts for environmental, economic and social development through the integration of transport, green and built-up areas, and public spaces. Three design layers were thought of: flows, infrastructure and environment. The urban corridors work as radiators for a new urban design and landscape, which creates identity for the city. Besides, the design discusses the treatment of urban blocks instead of individual plots, in contrast to the existing city’s legislation. 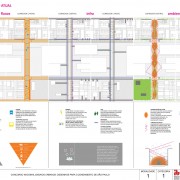 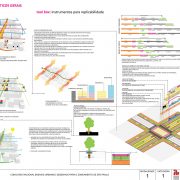 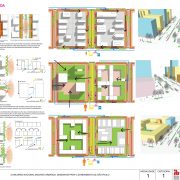